After Winter Haven, we had had enough of Florida. Too many palm trees, beaches, old people and warm weather. Sorry to all of you up north, we know we shouldn't be complaining. But we had spent nearly a month in Florida and we were ready to roam around some forests and remind ourselves that it was in fact February. So we decided to leave sunny Florida and head up to Savannah, Georgia for a good dose of southern history, beautiful Victorian architecture and a state park full of real trees.

On our drive up to Savannah, we passed through Jacksonville to stop at Beach Road Chicken Dinners for lunch. Someone put it on our map and said that it was real southern comfort food (not like the pretentious Brooklyn bullshit). We were sold. 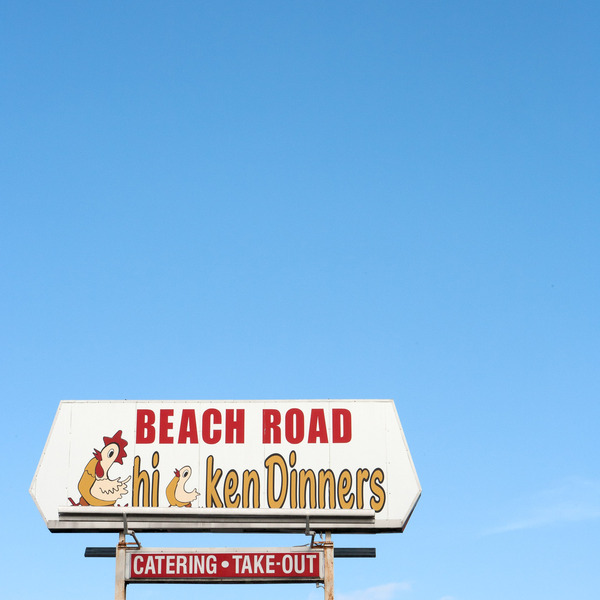 Arriving just after the lunch rush, we walked into the yellow-walled, sunny restaurant where families and couples were seated at tables covered with various dishes, mostly fried, creamy, and brown. Our waitress, a zippy older woman with a fantastic southern accent, seated us at a table that had the single-paged menu sandwiched between the polka-dotted table cloth and a clear glass top. At Beach Road, you choose your meat (anything from fried chicken to fried oysters, including chicken hearts, gizzards and livers) and then you get bottomless cole slaw, mashed potatoes, gravy, creamed peas, and biscuits. We had to go for the classic fried chicken dinner and country fried steak. 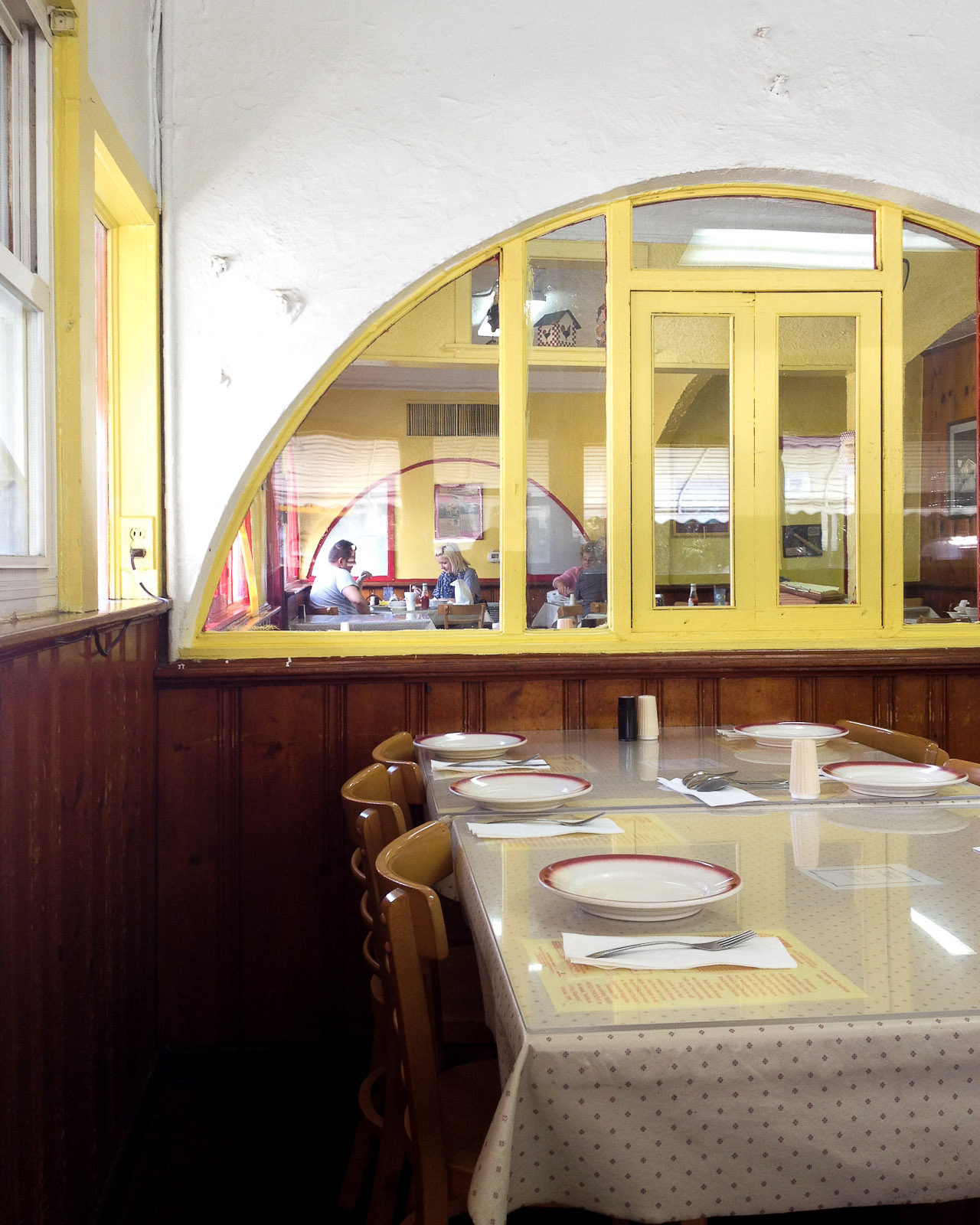 Our coleslaw arrived first, as an appetizer I guess, and soon after our table was quickly filled with a mouth-watering assortment of heart-stopping southern dishes. The fried chicken was perfectly crispy and meaty. The country fried steak was flavorful, crisp outside and tender inside, no whisper of rubbery-ness like most. The mashed potatoes were well-seasoned, whipped and smooth. The gravy was, no joke, the best gravy I've ever had in my life. It was velvety, creamy, intensely meaty and perfectly peppered. Oh my god. So good. We put it on anything and everything and it tasted amazing. They had a basket full of cute little biscuits that were fluffy and addictive. Unfortunately, not everything was mind-blowing. The cole slaw was…..well…..cole slaw. And the creamed peas (have you ever heard of creamed peas?) were a little gloppy and gray, with too much "creamed" and not enough peas. 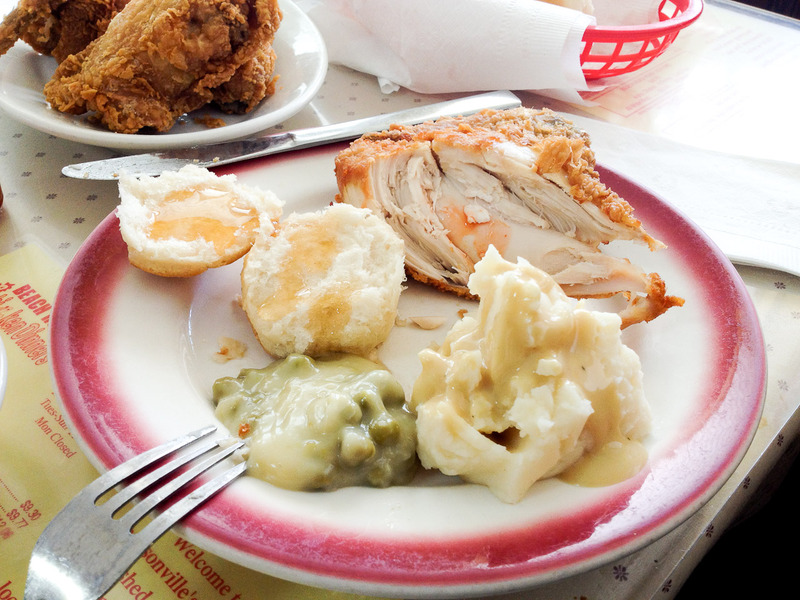 We ravenously stuffed ourselves, grabbing biscuits and pouring gravy all over them, going for second helpings of mashed potatoes smothered in gravy, practically drinking the gravy… like I said, the gravy was really good. We soon hit the brick wall of fullness and had stretched our bellies past maximum capacity. Nearly every plate and bowl was still half-full, but there was no more room. We put our forks down in defeat, then snuck a scoop of mashed potatoes and instantly regretted it. How could anyone possibly eat enough to warrant a second round of those bottomless sides? I suppose us Yanks just wouldn't understand. 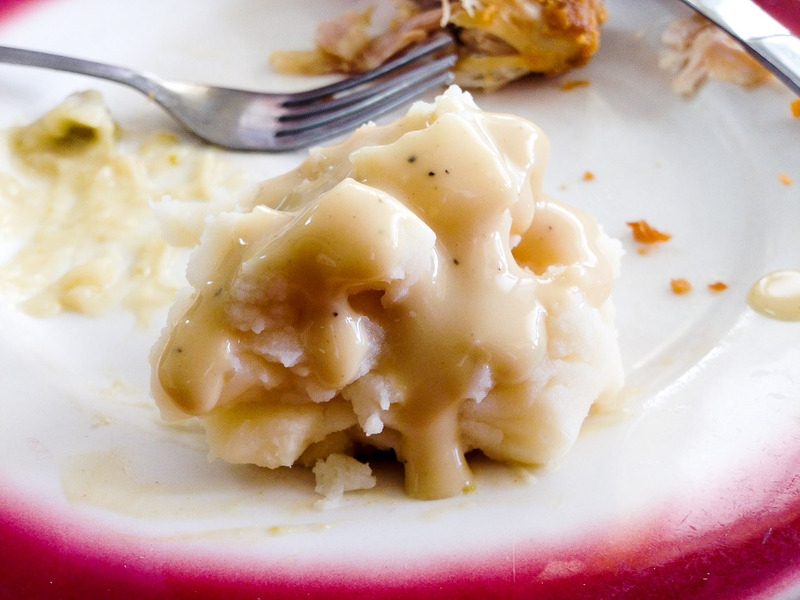 Despite having to waddle our stuffed selves to the car, being uncomfortably full for hours, and consuming enough calories to last us for days, Beach Road Chicken Dinners is legit southern soul food and amazingly delicious to boot. If you ever find yourself in or near Jacksonville, do yourself a favor and indulge in some real southern comfort. And don't forget the gravy.

Special thanks to Sara P. (who suggested Eat fried chicken and southern sides ) for making this blog post possible!

Want to help keep us on the road?

Or, purchase any number of photographic prints from our blog over at our Society6 shop.

In lieux of obnoxious banner ads, we'd like to recommend services we actually use, and which offer us a commission for your patronage, but only if you use the following links:

We fully vouch for all of these companies, and if you end up joining them, you'll be helping us stay on the road. Thanks!