Big Sur The Best Place in the World

It's hard to convey the feeling that you get in Big Sur. Looking back at photos, they don't quite do the place justice. Yes, it's an incredibly beautiful and unspoiled 90-mile stretch of California Coast that offers an abundance of dramatic vistas, jaw-dropping cliffs and wild vegetation. But driving up that winding stretch of Highway 1, Big Sur felt magical and special and made me want to smile all over. 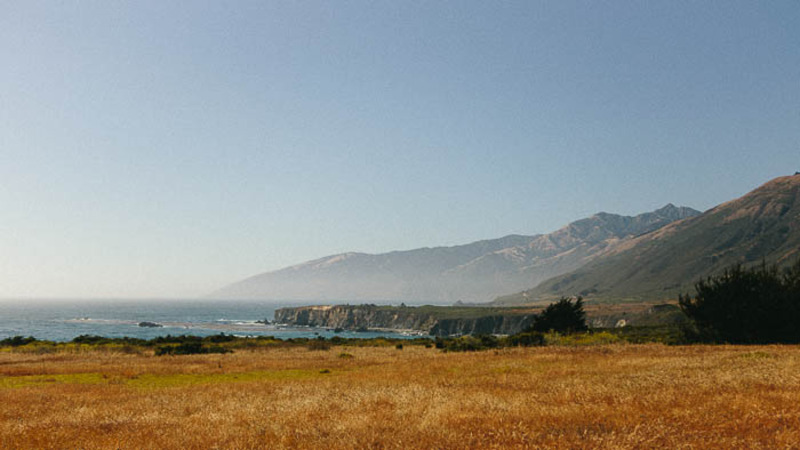 Regardless of warnings and horror stories we had heard about towing ridiculously long trailers through Big Sur, this was a drive and a place that both of us had been looking forward to the whole trip. 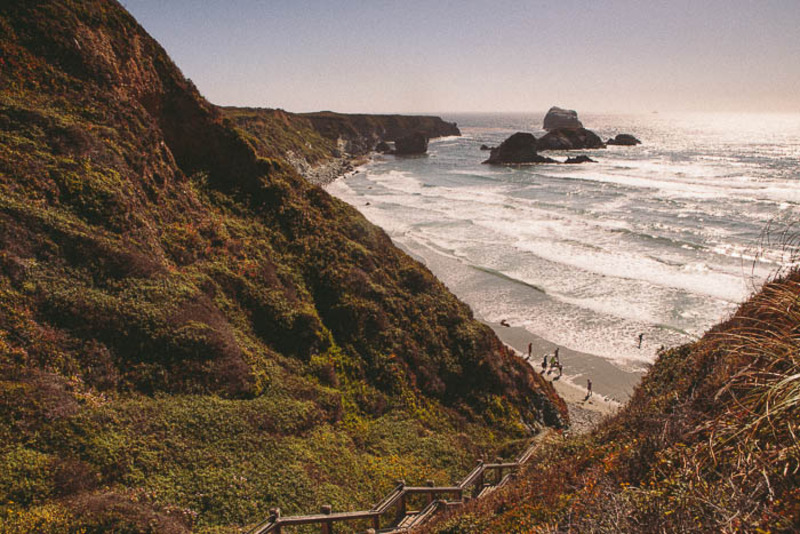 At first, it was a breeze. Snaking roads, but nothing we hadn't experienced before. But the road climbed higher and we ascended hundreds of feet above the Pacific Ocean with only inches between tires and the sheer cliffs that plunged downwards. Luckily, we were northbound and pinned against the face of the mountains. As the road narrowed, I found myself clenching my teeth as I looked into the rearview mirror and saw the Airstream come within inches of the convex rocky wall. I don't know how John pulled it off, but we didn't once scrap Loretta against the mountain walls. 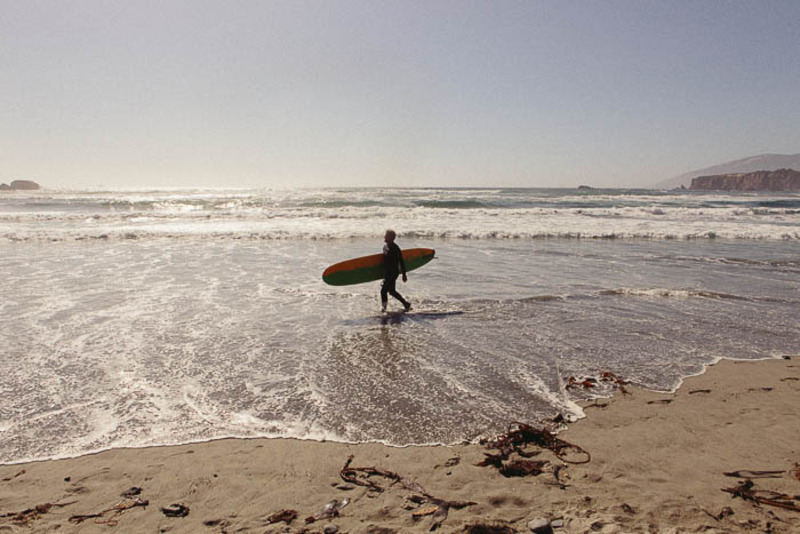 After a few hours of breathtaking yet white-knuckling scenery, we arrived at Plaskett Creek Campground, our home for the night. We found ourselves a campsite and set up before heading across the road and down a tall set of stairs to a beach surrounded by steep cliffs carpeted in succulents. The water was slightly too chilly to swim in, but we took the opportunity to try coaxing Bulleit into ocean, which was only partially successful. We spent a few hours frolicking on the beach before the sun started going down, tide started coming in and our tummies started rumbling. 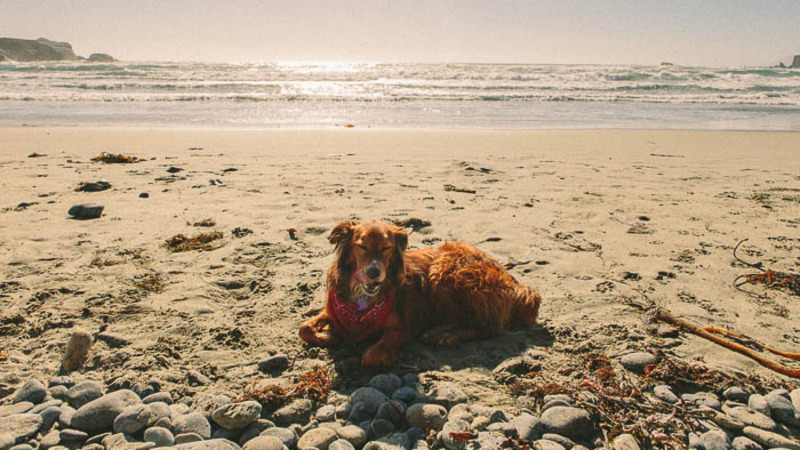 We timed dinner to finish right before the Golden Hour; John was intent on returning to the cliffs above the beach to capture the sun setting over the Pacific Ocean. Which I had zero problem with. 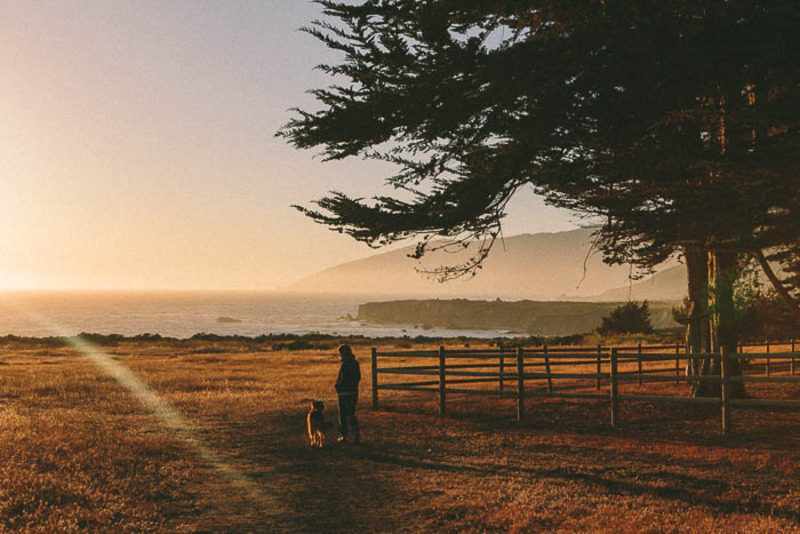 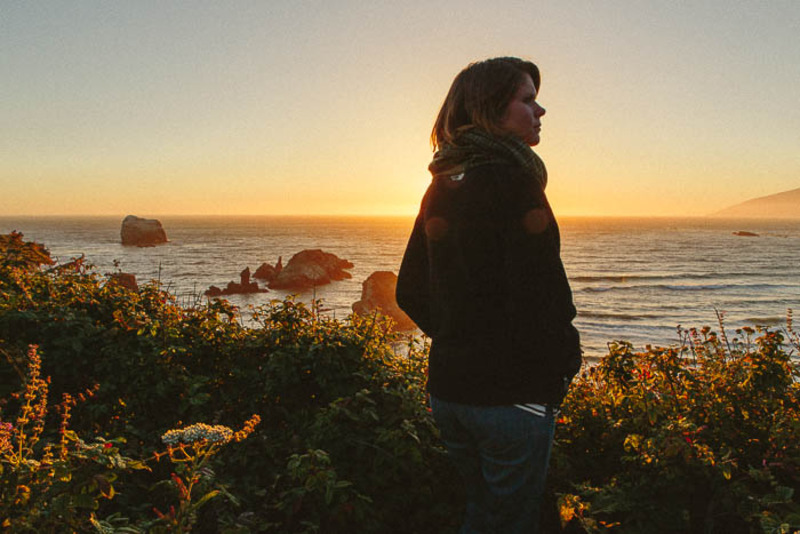 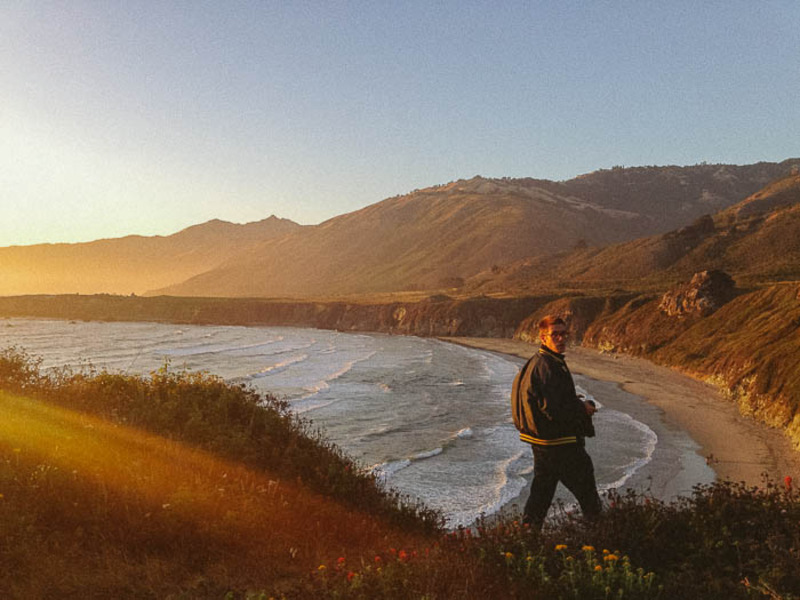 As we watched the sun go down, casting a atmospheric golden haze upon Big Sur, a young couple we had met earlier at the campsite walked past. We struck up a conversation and learned that Wayne and Natalie were also from New York and had been traveling around the country for three months, volunteering at farms along the way. 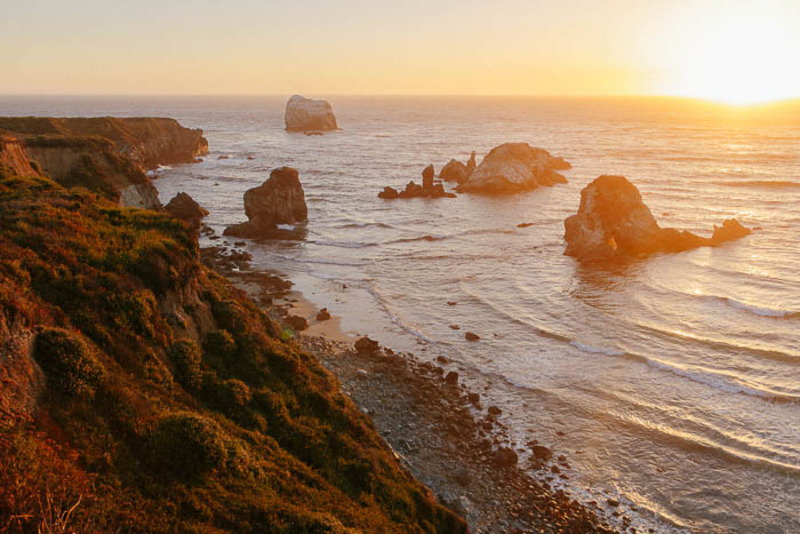 It was nearly dark when we invited them to our trailer for beers and a jam session once we discovered that we all play the guitar (except I play the ukulele and I wouldn't consider myself good enough to "jam"). We shared more stories from the road and played well into the night.

We woke up early the next day to spend the morning leisurely sipping coffee and reading outside in the sunshine before hitting the road. After all, it was Monday and we both had work to do. 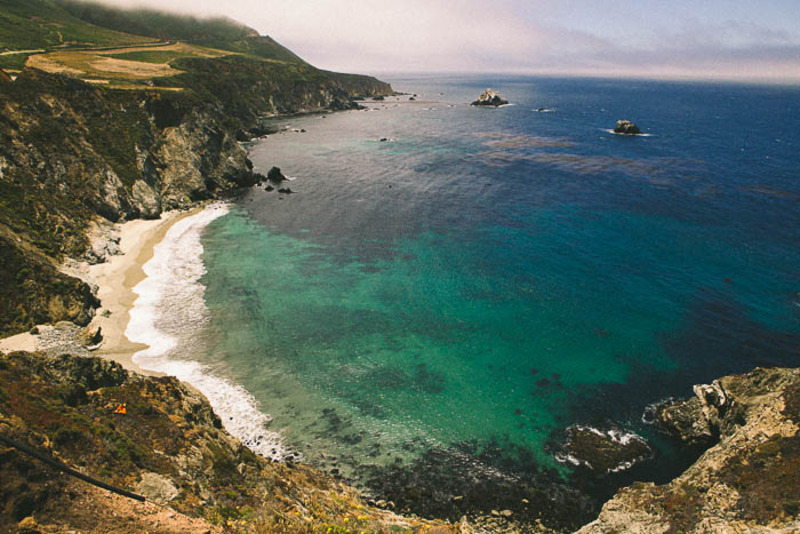 The second and northern-most half of our drive through Big Sur was the most spectacular. It was a clear day, with the exception of an occasional blanketing of fog literally rolling over the hills, and the colors of our surroundings were vibrant and electric. We pulled over again and again to shoot impossibly beautiful succulent-covered mountains plunging into the turquoise ocean with a perfectly placed strip of fog partially obscuring the peak. It was unreal; I couldn't believe that a place so pristine and pure existed.

But it does. I had fallen hard for Big Sur. 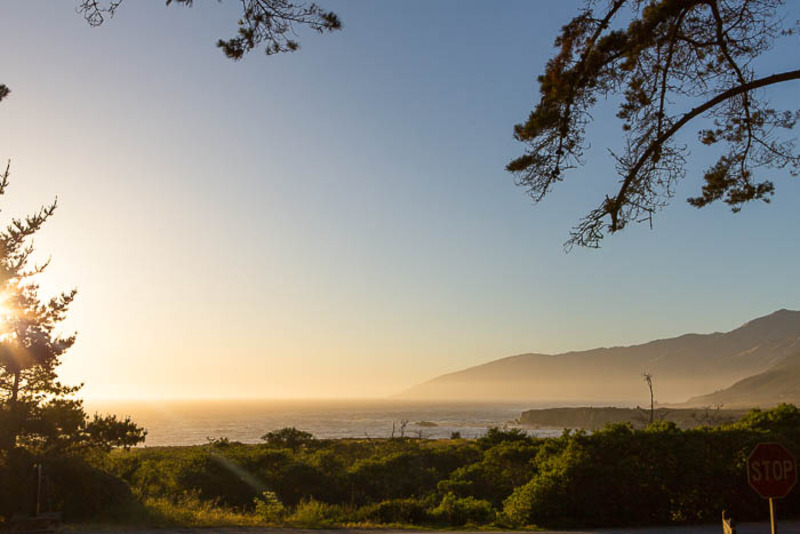 Special thanks to allison g. (who suggested Drive leisurely from San Francisco through Monterey to Big Sur and down to LA, but be sure to take 3 days at least so that you can stop at every stunning view, camp, hike and be amazed at how beautiful the planet can be.) for making this blog post possible!

Want to help keep us on the road?

Or, purchase any number of photographic prints from our blog over at our Society6 shop.

In lieux of obnoxious banner ads, we'd like to recommend services we actually use, and which offer us a commission for your patronage, but only if you use the following links:

We fully vouch for all of these companies, and if you end up joining them, you'll be helping us stay on the road. Thanks!